This app is available on Mac OS X and iOS. It will allow you to test and troubleshoot your wifi network. It will be very useful when you want to test bandwidth of your wifi, ethernet or mixed network, but your internet connection is too slow(for example 10 Megabits per second), and your router can provide much faster speed between devices in local network.
To use this app as a measurement tool you will need two Apple devices : any iPhone, iPad, iPod, Apple TV 4 or Mac.

If you want to know maximum wifi network bandwidth for one wifi client, you need to use MacBook as a second device, and you should connect it to your network using wired connection.
iOS version: http://itunes.apple.com/app/id934511199
Thank you for any feedback: wifispeedtest@bk.ru 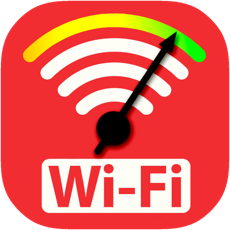