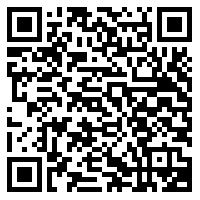 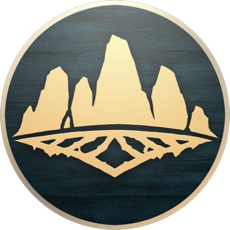 Voted the Mac App Store “Game of the Year” for 2015 by Apple’s editorial team!

Prepare to be enchanted by a world where the choices you make and the paths you choose shape your destiny. Obsidian Entertainment, the developer of Fallout: New Vegas™ and South Park: The Stick of Truth™, together with Paradox Interactive is proud to present Pillars of Eternity.

Recapture the deep sense of exploration, the joy of a pulsating adventure, and the thrill of leading your own band of companions across a new fantasy realm and into the depths of monster-infested dungeons in search of lost treasures and ancient mysteries.

So gather your party, venture forth, and embrace adventure as you delve into a realm of wonder, nostalgia, and the excitement of classic RPGs with Obsidian’s Pillars of Eternity!

• Play as any one of six races: Human, Aumaua, Dwarf, Elf, Godlike and Orlan.
Utilize five core skills to overcome any situation: Stealth, Athletics, Lore, Mechanics and Survival.
• Deep character customization: Build a character as one of eleven classes such as Barbarian, Chanter, Cipher, Druid, Fighter, Monk, Paladin, Priest, Ranger, Rogue and Wizard.
• Sculpt your own story: Side with various factions using a reputation system, where your actions and choices have far reaching consequences.
• Explore a rich and diverse world: Beautiful pre-rendered environments laced with an engaging story and characters bring the world to life.

Major Fixes
• Brighthallow error on transition (this includes Durance / Hiravias, and Rod of Wind and Thunder issues). This fix is retroactive!
• Fighter’s ability Confident Aim no longer doubles on Save/Load.

Spells and Abilities
• Skeleton Wizard’s ‘Necrotic Lance’ is now set up as a ray spell.
• Fixed an issue where Bash was hitting multiple times with Carnage.
• Ancient Memory no longer deactivates after casting an Invocation.
• Fixed the issue where Cipher’s Phantom Foes flanked debuff was removed when the target was engaged.
• Cipher’s no longer get hit with Psychic Backlash at the start of combat.
• Torment’s Reach no longer procs off every enemy hit.
• Priest’s Seal spells no longer activate twice.
• Iconic Projection no longer bypasses DR.
• Fixed an issue with Ranger’s Twinned Arrow and Driving Flight accuracy.
• Ranger’s Powder Burns now works as intended with DR Penetration.
• Druid spell Infestation of Maggots now does the intended amount of damage per tic.

Items
• Fixed multiple issues with Glittering Gauntlets.
• Cape of the Cheat will now be rewarded to base and px1 players.
• Sabre base damage has dropped to 11-16, and it will have a +20% damage mod.

Gameplay
• Engagement is now broken when characters are knocked back.
• Fixed the Nav around the adra pillar is Elmshore.
• Charming all enemies in a combat will no longer reset combat.
• VFX that start from characters heads are now correctly aligned.

UI
• Personal ‘Total Damage Done’ no longer comes up as ‘-Infinity’.
• Korean Loc issue with text getting cut off during Character Creation.
‘• Missing GUI” no longer appears in the combat log with Fire Stag.

Audio
• Fixed an issue where audio was cutting out during the End Slides after the White March section.