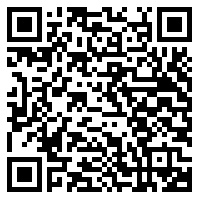 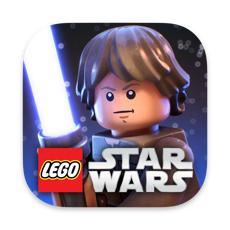 Lead your favorite LEGO® Star Wars™ characters into real-time, multiplayer PvP battles in arenas inspired by iconic locations from throughout the galaxy!

What happens when an Ewok takes on a Tusken Raider? Can a flock of porgs tackle a stormtrooper in a standoff? Could Chewbacca go toe-to-toe with Boba Fett? Who would win in a showdown between Yoda and Darth Vader?

Collect and upgrade LEGO Star Wars characters, troops, and vehicles and craft formidable light and dark side armies. Build LEGO towers on the battlefield and develop a strategy to attack, defend, and capture territory as you push towards the enemy base to claim victory! Download this exciting LEGO game that brings together every era of Star Wars™ storytelling in a tower defense style.

MASTER BOTH SIDES OF THE FORCE

Learn and master the battle techniques of both sides of the Force by discovering unique combinations of units and building your strategy with characters from the entire Star Wars™ universe.

TOWER DEFENSE – BRICKS FOR THE WIN!

Build LEGO towers on the battlefield to defend your base or advance on the battlefield and capture your opponents’ territory! Discover the different tower types and their advantages – build a Droid Factory for an instant, on-site army, shoot down airborne enemies with a Turbolaser, or bring the heat with a Flame Tower!

Discover over 40 units from all eras of the Star Wars universe including vehicles such as AT-ATs, AT-RTs, Y-wings, TIE fighters and characters from Star Wars™: The Phantom Menace, Star Wars™: A New Hope, Star Wars™: The Clone Wars™, and more. Increase your power and level up your troops to take out your enemies.

Use Darth Vader’s Force Slam to stop enemies in their tracks, toss them aside with Luke Skywalker’s Force Push, and discover the other game changing abilities of Yoda, Boba Fett, and more. Support them with the right troops and towers to create an unstoppable army that will leave your enemies in pieces!

Battle through the eras and choose an arena inspired by iconic Star Wars locations including Naboo, Hoth, and Geonosis. Discover new units along the way to expand your options in battle.

Are you having problems? We can help!

LEGO, the LEGO logo, the Minifigure, and the Brick and Knob configurations are trademarks and/or copyrights of the LEGO GROUP. © 2021 The LEGO GROUP. All Rights Reserved.

Produced by TT Games under license from the LEGO GROUP. ©2021 TT Games.