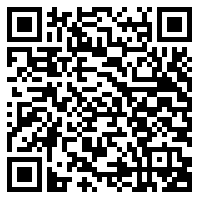 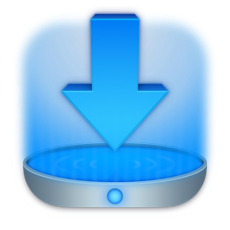 Yoink simplifies and improves drag and drop between windows, apps, spaces and fullscreen apps. The app has been repeatedly featured by on the Mac App Store in numerous categories and was recommended by John Gruber of DaringFireball and Federico Viticci of MacStories.

When you start dragging files in Finder or content from an application, Yoink fades in a tiny window at the edge of your screen so you can drag to it.
This frees up your mouse so you can comfortably navigate to the destination of the files and resume the drag from Yoink’s window more comfortably.

For a quick video introduction, further information and tips and tricks for getting the most out of Yoink, please visit its website.

Here’s what customers say about Yoink:
“Essential. One of the few apps I use all the time.” – Kraznoff, US App Store
“Simple, elegant, perfect. This is a fantastic app. It works flawlessly”. – Benwiggy, UK App Store
“Handiest utility I ever purchased.” – Nrgwise, US App Store

Here’s what the press says about Yoink:
“Yoink is a terrific utility for macOS” – John Gruber, DaringFireball.net
“Yoink is a fantastic way to enhance drag’n’drop. Highly recommended.” – Federico Viticci, MacStories.net
“Yoink is an awesome drag and drop utility for the Mac and is instrumental to me when working with full screen apps.” – Jeff Benjamin, iDownloadBlog
“Yoink makes drag and drop easier.” – Dan Frakes, Macworld
“Yoink really makes the whole drag and drop process much less stressful.” – Whitson Gordon, lifehacker.com
“I absolutely love this little utility, it’s one of the few I’ve come across that has had staying powers on my Macs.” – James Dempsey, The Graphic Mac

If you have any feedback or questions, please do not hesitate to write me by mail at [email protected], or on twitter at @YoinkApp or @eternalstorms.
Thank you.

Version 3.5.16 fixes a bug introduced in v3.5.15, where, if the Dock was positioned at the sides, Yoink would be cut off on the screen.

Version 3.5.15 implemented – apart from the bug above – the following changes:

– Makes it easier to see which files are selected

– When QuickLook’ing a file, Yoink now becomes the frontmost app so you can use gestures and keyboard shortcuts right away

– Improves drag recognition from the Dock

– Yoink’s corners are now a little rounder than before

– Added a link to Yoink’s Usage Tips in its Preferences, under Extensions

– Fixes a bug that prevented stacks to be Handoff’ed

– In the Rename/Move dialog, you’re now able to use keyboard commands for “Select All”, copy, and paste

– Fixes a bug where, after saving a PDF to Yoink by using its PDF service, it would be lost after a restart of the Mac

– Fixes a crash when watching for changes to files using NSProgress

– Fixes a crash in the splash screen

– Fixes a crash when closing the Handoff window

Monterey is not working

The previous version does work.

wpDiscuz
Yoink
MacDrop.net All Rights Reserved.
Back To Top