You can now play exact recreations of the all-time greatest pinball tables from Williams®, Bally®, Stern Pinball®, and Gottlieb® together in one game. Every flipper, bumper, sound effect, and display pixel has been painstakingly emulated in astonishing detail.

The four tables included in the app are Tales of the Arabian Nights™, Ripley’s Believe It or Not®, and Theatre of Magic™, and Black Hole™.

Regular updates will increase the number of tables available by adding classics like Monster Bash™, Twilight Zone®, Creature from the Black Lagoon®, Attack from Mars™, Black Knight™, Space Shuttle®, Pin•Bot™, Big Shot™, (and many others for years to come!) as in-app purchases along with online tournaments and additional modes to challenge yourself and compete against your friends.

Our goal is for the Pinball Arcade to become the most realistic and comprehensive pinball game ever created. Please support us in our efforts to preserve these tables and join the indelible part of Americana that is pinball!

What reviewers are saying:
“Simply one of the best pinball games I’ve ever played” – Touch Arcade
“As close to the pinball experience as you will ever get in the palm of your hand” –Pocket Gamer
“Pinball doesn’t get any more real or fun on mobile” –Gamezebo
“This game is superb along with great presentation” – Inentertainment
“an impressive title, and one that is bound to please pinball fans” -148 Apps
“Authenticity is the name of the game here, and Farsight has absolutely nailed it” –GameLive.TV
“quite impressive… with content this great, it doesn’t need to use the hard sell” -iLounge
“a pinball nerd’s dream come true” –App Addict

F-14 Tomcat™ (1987): is another fantastic design from Steve Ritchie and was the top selling pinball game of 1987. Featuring a fighter jet theme, players take on the roll of a top ace engaged in aerial combat with the ultimate goal being to take down their electronic adversary, General Yagov. The table features high speed gameplay, highlighted by the fastest shot in pinball, the Yagov Kicker. This device fires the ball back at the flippers and was the first of its kind. This table was also the first to have a ball save feature, which gives the ball back to players after a premature drain. Approximately 14,502 units of this table were produced. 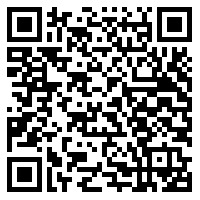