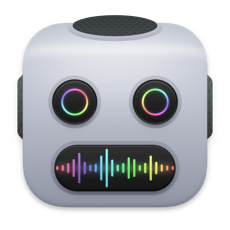 Permute is a versatile tool that allows you to convert video, audio and images files into different formats, increase volume, merge them and much more!

Video, audio and image files come in many different kinds and shapes, but sometimes you need a specific format since your iPad or DVD player won’t play that video. That’s what Permute is for!

Here are some key features:

– Beautiful UI – See what you are converting. Permute includes icon view that allows you to see thumbnails of whatever you are working with.

– Easy to Use – What could be easier? Drag & drop a file, select target format and go. That easy!

– Insanely Fast – Permute can utilize as much of your computer as possible to get stuff done ASAP.

– Versatile – Videos, audio, images – Permute can handle it all. Want to create a DVD? No problem, Permute can do that too. With Permute 3.2 or later, you can also convert images into text!

– Customizations – Customize the presets, or just that particular conversion. Increase volume, rotate video, change its resolution, flip it and so on!

Improved: When Permute is called as an automation with a callback, the callback is now called under all circumstances and error messages are suppressed.

Fixed: Issue where PDF to Images module would produce wrong orientation of the page.