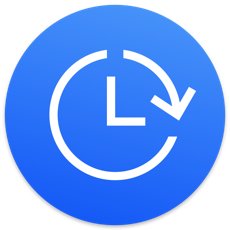 Later lets you schedule reminders in natural way by choosing times like this evening, tomorrow morning or next week.

Download our free iOS app to sync your reminders and even add reminders that appear when you’re back on your Mac.

“Later sets out to do one thing really well. There are almost no buttons or settings to get lost in. It’s just a few taps and you’re done. The UI is clean and simple.”
-Arctic Startup

“This is exactly what I needed. No feature bloat, no bells and whistles, just one tap to set a “don’t forget to do this” then one more tap to choose when to be reminded. No more late night emails to myself!”

Key benefits:
• Reminders that appear when you’re back at your Mac
• Free iOS app that syncs with your Mac app via iCloud
• Customizable presets that save you time
• Ready for macOS Sierra

If you send an email to yourself whenever you want to schedule a reminder or find that other reminder apps just have too many options to add a simple reminder, Later app will be ideal for you.

We love your feedback! Send it to us at support@laterapp.co or using our app. Learn more and see FAQ on www.laterapp.co.

* Get our iOS app for free to make the most of Later Mac! Search iOS App store with “Later Reminders”.