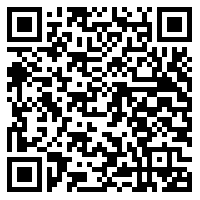 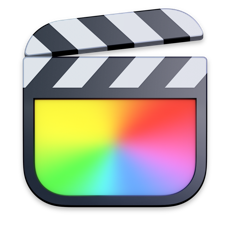 Redesigned from the ground up, Final Cut Pro combines revolutionary video editing with powerful media organization and incredible performance to let you create at the speed of thought.

Revolutionary Video Editing
• The Magnetic Timeline 2 with color coding and flexible lanes is faster and easier to use than traditional tracks
• Enhanced Timeline Index lets you drag and drop audio roles to rearrange the layout of your timeline
• Use Clip Connections to attach B-roll, sound effects, and music to the timeline
• Reduce clutter by grouping clips into a Compound Clip
• Cycle through different shots, graphics, or effects at one place in the timeline with Auditions
Edit multicamera projects with automatic syncing based on audio waveforms and support for up to 64 camera angles

Incredible Performance
• Final Cut Pro uses all the GPUs in your Mac for superior real-time playback performance and fast background rendering
• 64-bit architecture uses all the RAM in your system for larger projects and richer effects
• Background processing lets you keep working without interruption
• Work natively with a broad range of formats including ProRes, RED, XAVC, AVCHD, H.264 from DSLRs, and more

Intuitive Color Grading
• Import, edit, and deliver video in standard color spaces, or in wide Rec. 2020 color space
• Improve the look of any clip with one-click Balance Color
• Manipulate color, saturation, and exposure with the Color Board
• Fine tune a specific color or area of the screen using keying and masks

One-Step, Optimized Output
• Incredibly fast export for playback on Apple devices and upload to websites such as Vimeo, YouTube, and Facebook
• Use themed menus to author and burn a DVD or Blu-ray disc
• Export audio stems and multiple versions of a finished video using roles metadata
• Import and export XML for third-party workflows like color grading and sound mixing

• Fixes an issue that could prevent successful import of FCPXML 1.9 and 1.10 files

Older Versions can all be downloaded here:

That server is kinda slow

I am using mac os Catalina, but it says that-“Final Cut Pro” is damaged and can’t be opened. You should move it to the Trash.
what should I do now

You can update. It has no copy protection. It runs fine on M1 Monterey

4.6 (which should be compatible with Monterey) is not opening for me after installing Monterey on my 2020 Intel Macbook Pro

My apologies, I meant to comment on Alfred 4.6’s page not Final Cut. Please delete my comment

Does it work on MacBook Air M1?

I was going to ask for 10.6 but it requires macOS Big Sur